Karin McCombe Jones was born and grew up in Wales, on the beautiful island of Anglesey.
She has a Bachelor of Education (Honours) in Dance with Art & Design from John Moores, Liverpool, England and a
Diploma of Art & Creativity from The Learning Connexion, International School of Art & Creativity, Wellington, New Zealand.

Karin has lived and worked as a teacher of the Arts in England, Canada & New Zealand.

Whilst living in Canada she was part of the gallery 'Artique' in Powell River, British Columbia.
In 2004 Karin and her family emigrated to New Zealand.

in 2011 Karin gave up full time teaching Art to study Art & Creativity and to focus upon her own work.
Recent Exhibition History 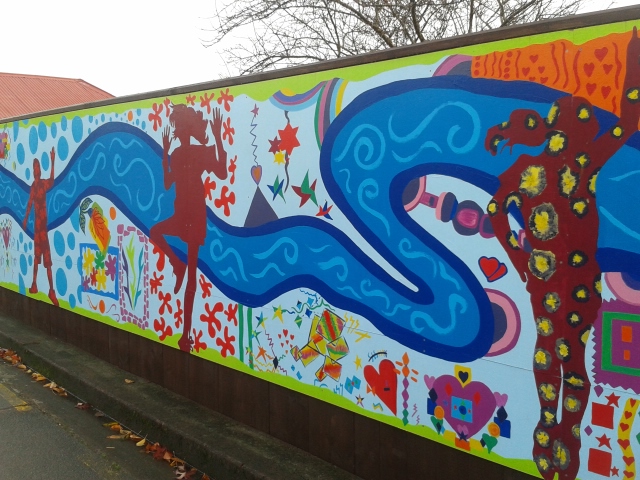 Students working on Tawhai Primary School Mural Project I led in beginning of 2014. Completed mural sits on fence at entrance of school in Stokes Valley, Wellington, NZ. Over 17.1 metres in length. Each design incorporates the number of people living in the art extension students homes depicted in shapes and it uses the family members favourite colours. Other designs represent classes, their favourite shapes and numbers of students in the room. Silhouettes are life size and where drawn around some of the art extension students involved in project. 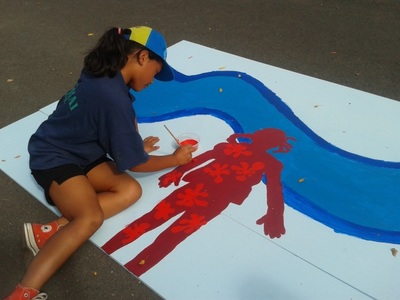 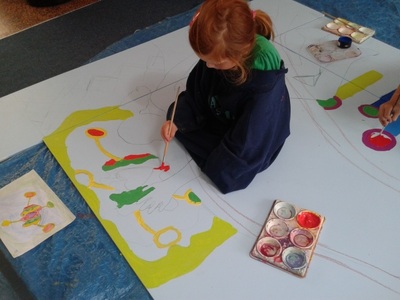 Competing in the 'Festival of The Elements' on Waitangi Day, 2013 Porirua, New Zealand 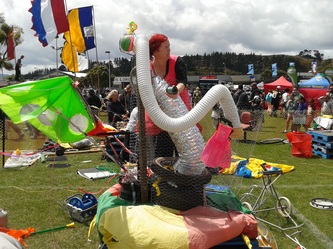 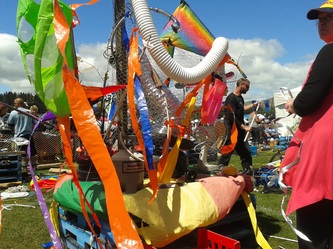 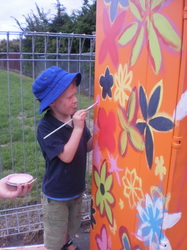 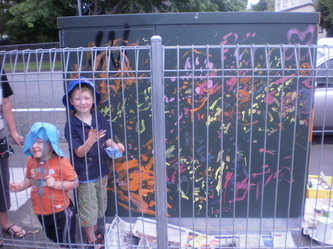 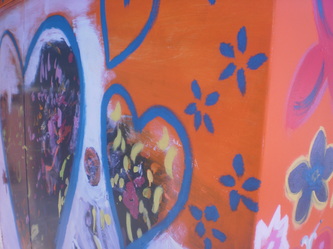